In the year 525 AD, during the six dynasties of China (AD 220-AD 581), Bodiharma (Daruma in Japanese) a monk from India, wandered into China for the purpose of spreading Buddhism, ended up at the Shaolin Monastery in Henan province. The Shaolin monks were trained to stay seated for long periods of time practicing meditation. Because of a lack of physical exercise, Daruma introduced organized calisthenics and Yoga into their daily training. This help developed blood flow and stamina needed for hard core meditation. This later develops into Zen Buddhism and Shaolin Gung fu. Mixing his teachings with the indigenous martial arts, the Shaolin monks were inspired to examine the combative movements of birds and beasts over the centuries combine it into a systemize form of self-defense called “Shorin-ji Kempo”. The monks of the Shaolin Monastery became very famous in both mental and physical strengths and their art spread and expanded into many areas of Asia, including Okinawa (The Ryukyu Islands) and the art was called To-di (Chinese hand). 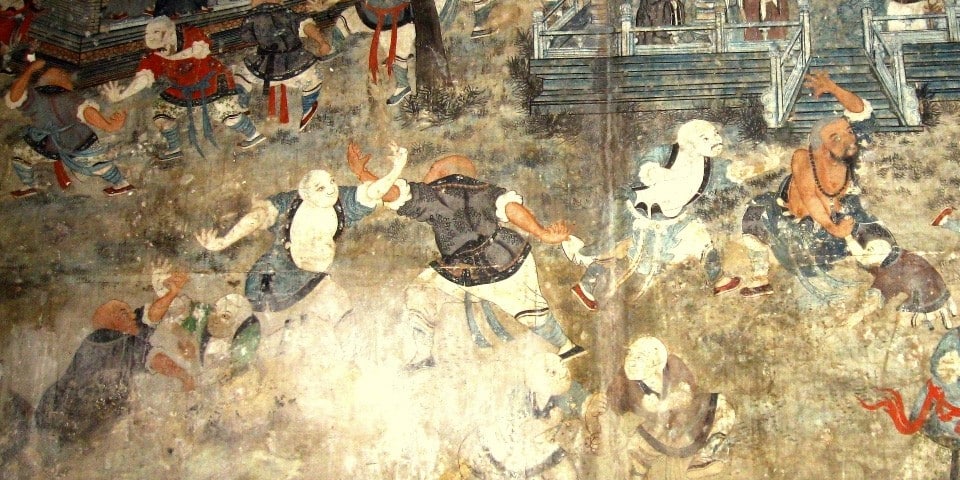 There was a long history of cultural exchange between China and the Ryukyu Islands dating back to the Ming dynasty (AD 1368-AD 1644). Ti (Hands) was brought over from Ming China. To-di (Chinese hand) was mostly developed and brought over during the Qing dynasty (AD 1644-1912). Karate “Okinawan Gung fu” spread and developed around the three villages of Shuri, Naha and Tomari, where Chinese influence is greatest. These arts became known as Shuri-te, Naha-te and Tomari-te for the area in which it was practices. The arts from Shuri and Tomari became known as Shorin ryu “Shaolin temple style” and the arts from Naha became known as Shorei ryu “Enlighten Spirit style”. Master Gichin Funakoshi brought Shorin ryu to main land Japan and it developed into Modern Shotokan Karate-do. Shorei ryu develop on Okinawa and became the styles of Kojo ryu, Goju ryu and Uechi ryu. 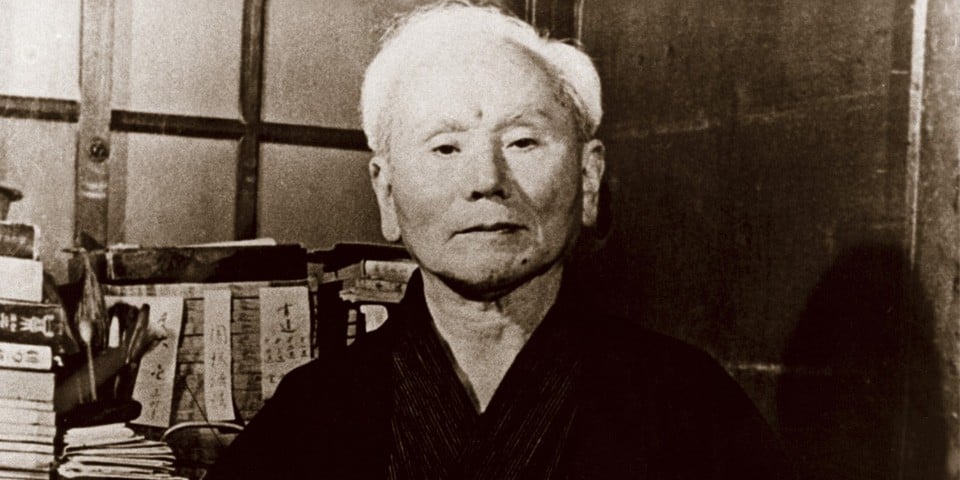 The Development of Shotokan

1868, Master Gichin Funakoshi “Shoto” as he was known, was born in Naha Okinawa and as a young child began learning To-di from Master Anko Azato of Naha and Master Anko Itosu of Shuri. Masters Asato and Itosu were disciples of the great Okinawan Martial Artist, Sokon Matsumura who was himself a disciple of Kanga Sakugawa and three Chinese Military attaches, Wai shin Zan, Ason and Iwah.

1917, Master Funakoshi performed the first public demonstration of Karate outside of Okinawa at the Butokuden “Martial art center” in Kyoto Japan.

1921, Master Funakoshi demonstrated Karate at Okinawa’s Shuri castle for Hirohito the Crown Prince of Japan. The Prince ( Future Emperor of Japan) was so impressed that he wanted the art to be introduced to Mainland Japan.

1922, The Master moved to Japan and permanently settle down in Koishikawa Tokyo and started teaching at the Meisei juku (dormitory for Okinawan Students). 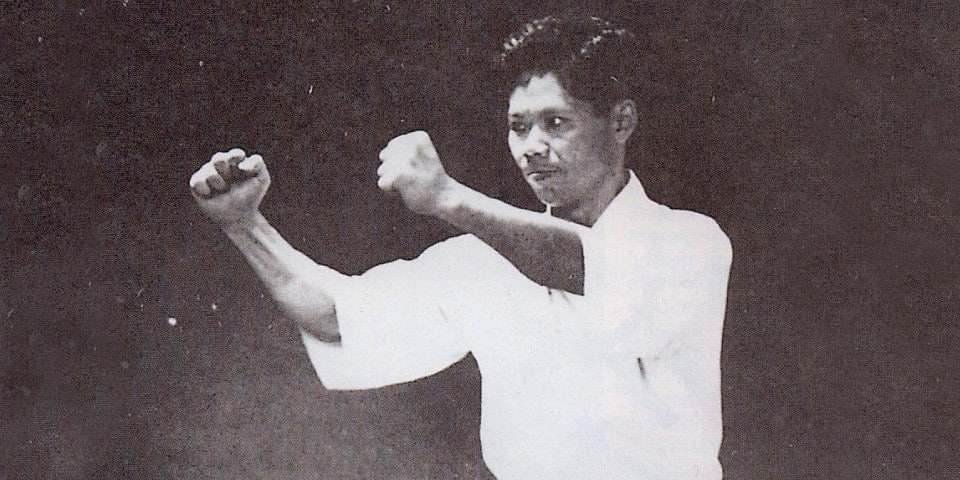 1929, Master Funakoshi change the name of his martial art to Karate-do (way of the Empty hand).

1939, With the help of the Dai Nihon Karate-do Shotokai members, funds was raise to built the karate dojo of Master Funakoshi. The dojo was call the Shotokan (meaning pine wave building), The dojo was built next to his home in Mejiro Tokyo, (formally inaugurated on January 29, 1939). The style of karate became known as Shotokan ryu. 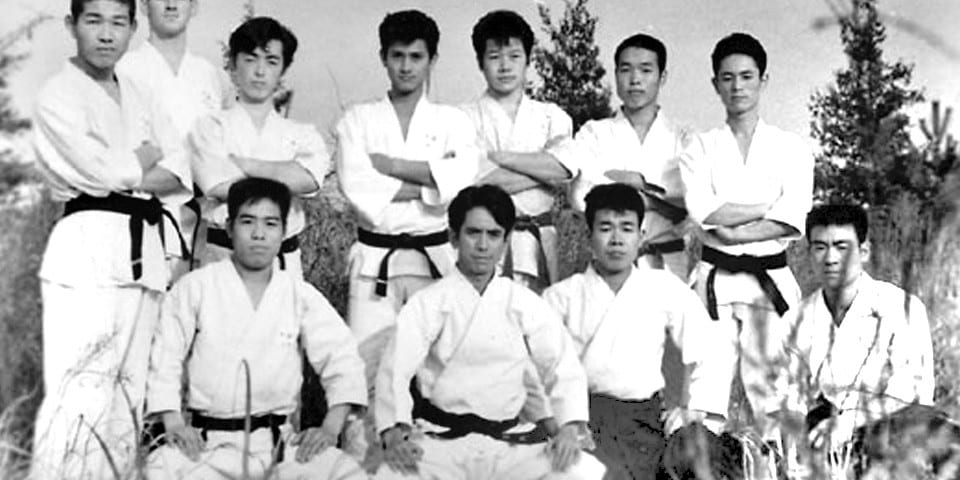 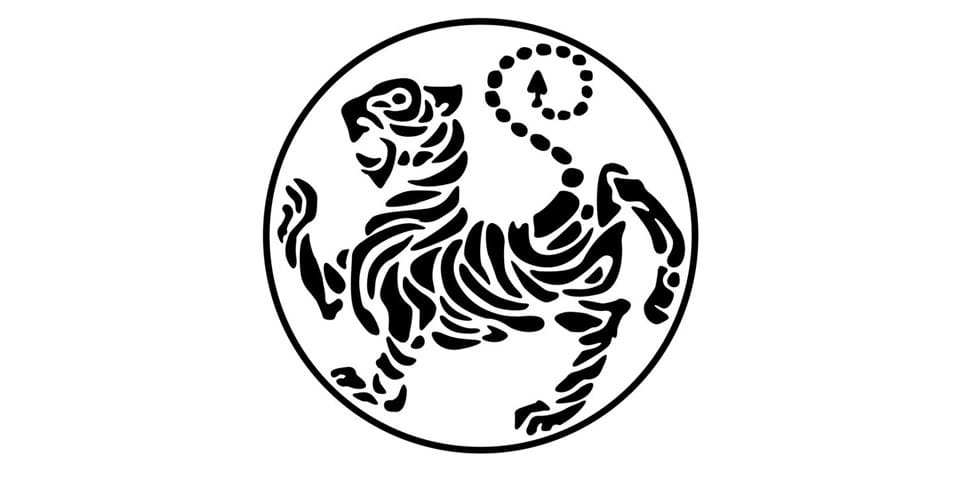 1945, On April 29th the Shotokan Dojo was destroyed during the air raid over Toyko.

1945, Master Okano returned from the air force and revived the KenkoKai Karate-Bu after the war.

1955, On November 30th, Master Funakoshi and his first and second sons visited the Kenkojuku Dojo for a special ceremony.